Recollections of the 1951 Royal Visit Presentation of The Royal Charter to the Chairman of the Governors

Over the Jubilee weekend, we will be reflecting on past Royal events with a connection to the College.

We begin with June 1st, 1951 when Campbell College was presented with a Royal Charter by the then Queen Elizabeth (later the Queen Mother) and Princess Margaret.  At the time, King George VI was already in poor health and unable to travel to Northern Ireland. The Charter was presented in recognition of the men who served in both World Wars and also for the educational excellence the school had provided to Northern Ireland. Below we feature some photos of the Royal Visit from a supplement which was published with The Campbellian Magazine along with some recollections from OCs who attended the visit.

We were delighted to hear from Bill Madden (3211) who was in the CCF parade on that day. Positioned at the end of the line in this photo, the Queen stopped to say a few words though Bill admits he can't recall what they talked about! According to another pupil whose comments were reported in the Royal Visit supplement, the Queen remarked how smart the cadets looked, and was checking that none of them felt nervous by the importance of the day. 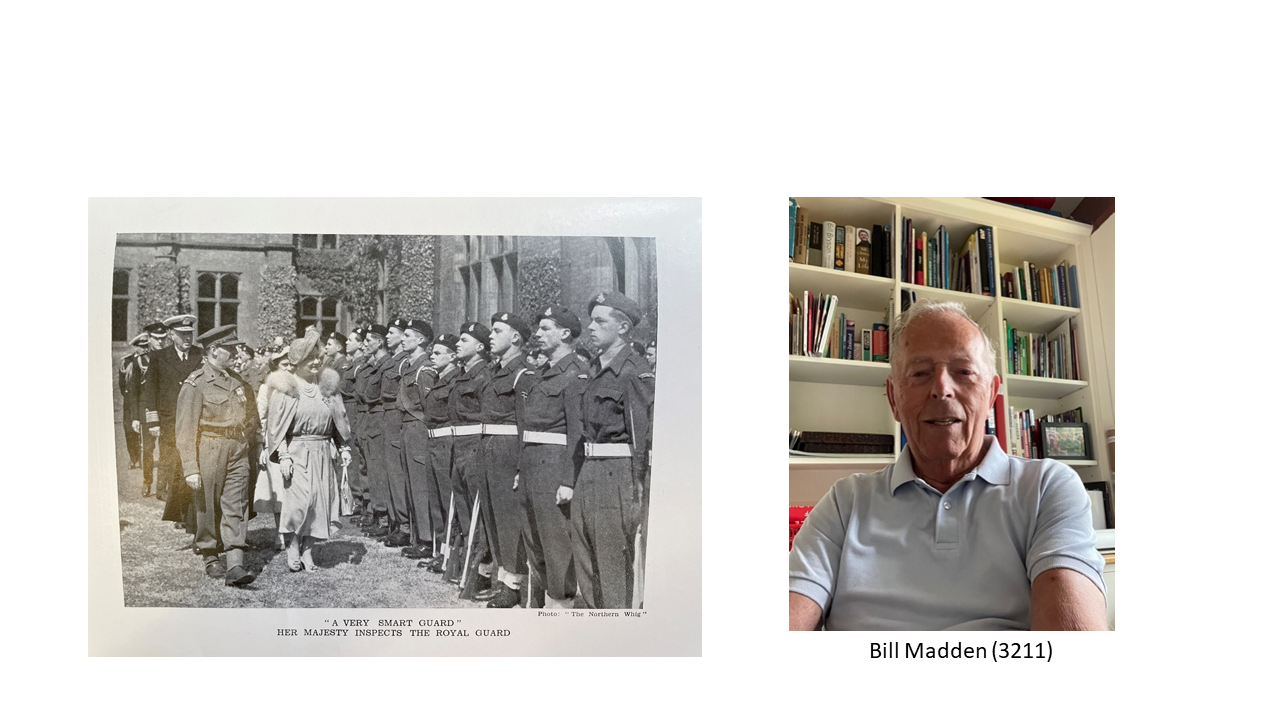 After the presentations concluded, the Queen and Princess Margaret posed for photographs. Pupils had been invited to bring their cameras with them to take snapshots. Anthony Strother Hopkins (4068) pictured in the front row in the photo below, recalls:

I remember it vividly.  We were all gathered on the grass outside the Common Room with our Box Brownie Cameras at the ready.  The Royal party was walking around and then they stopped right in front of us.  I think they saw us all with our cameras at the ready.  You can see how everyone else is avidly looking down into their cameras and I am looking into the distance.  My film had run out and so I missed the photo of the day! Standing on my right hand side was my friend Miles Baird (4035) who would later be Groomsman at my wedding and remains a lifelong friend.

I did however get my Royal photo some 52 years later in 2004 when, as Chairman of The Laganside Corporation, I had the honour of escorting Her Majesty the Queen on a tour of our £1billion regeneration of Belfast’s riverside. 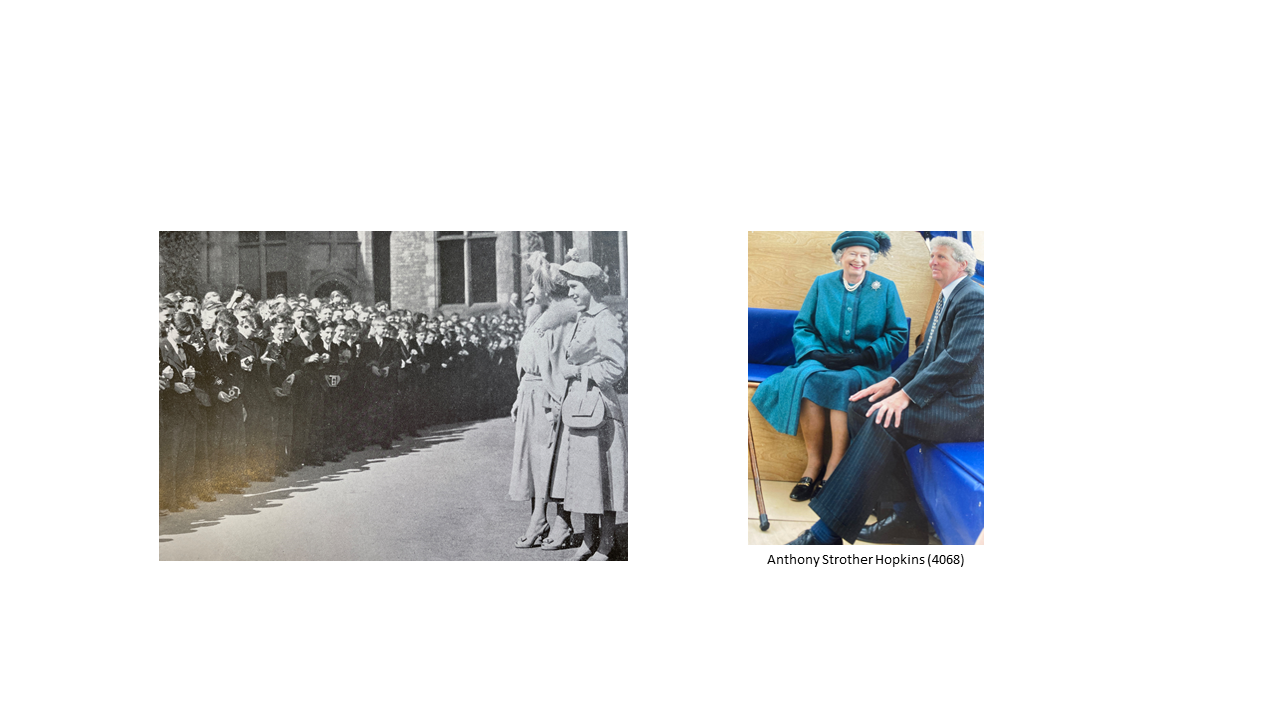 An image of the Queen and Princess Margaret featured in the inside cover of the Royal Visit supplement, was taken by an unknown photographer, merely cited as "Photo by a Campbell College Boy". We were recently contacted by Malcolm McCoull (3665) with a photo of the original photograph in a frame and were even happier to find out the name of the young photographer. He advised that classmate Hamish Neill (3736) had taken the snap. The Neills were friends of the family and a copy of the photo, pictured below was given to Malcom's aunt. 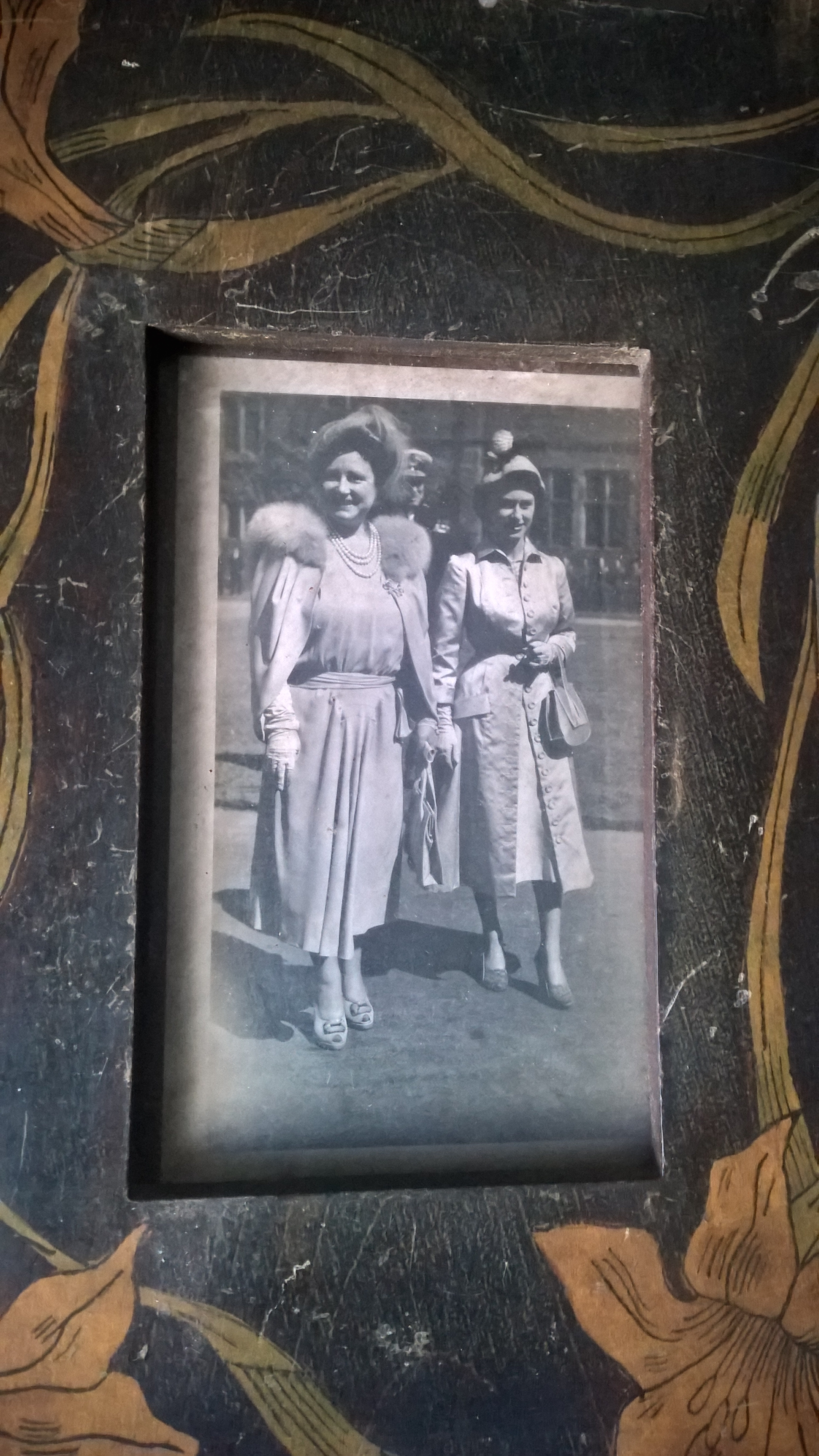 During a recent archive search we were thrilled to discover some footage of the Royal Visit on the British Pathé website. A clip covering the 4-day tour of Northern Ireland is embedded below. The narrator, Wynford Vaughan Thomas, also presented the radio broadcast of the Coronotion of Queen Elizabeth II two years later. We were fascinated to learn that an OC was a guest at the Coronation. We will be bringing you his recollection of the day, in our next post. And meets some OCs at the event! More... On this day, June 2nd

An eye witness account of the Coronation by the Queen's Physician, Surgeon Rear-Admiral Robin Mussen (1248) More...